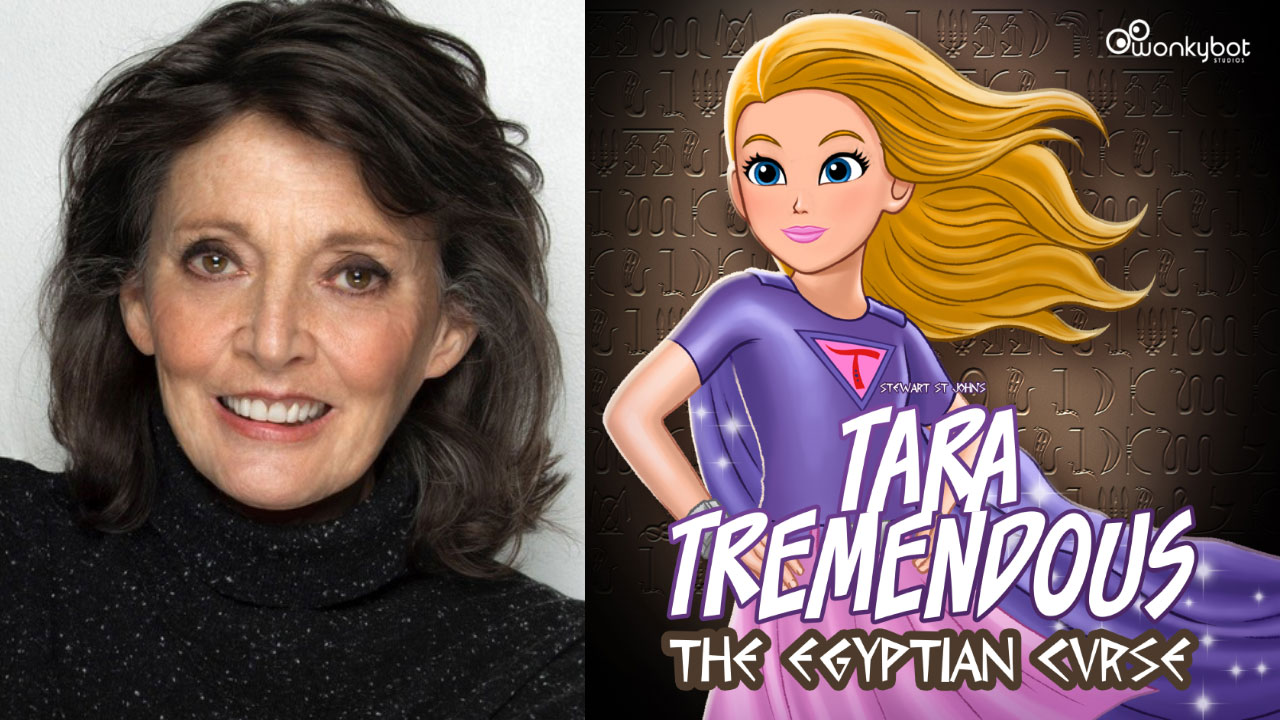 Superman fans will best remember Douglas as the Kryptonian supervillain Ursa in the 1978 movie directed by Richard Donner, and the sequel Superman II.

“I am so delighted to have been invited to join the cast and team behind Tara Tremendous in her new audio adventure,” said Douglas. “What a brilliant concept and what an exciting new superhero in Tara Tremendous!”

Douglas, who has also starred in Conan The Destroyer, V: The Final Battle, and most recently appeared in the CW’s Supergirl series, will play a character called “The Empress”.

“We’re beyond excited to welcome Sarah to the show and become part of the girl-power world of Tara Tremendous,” said St John. “I’ve been a fan of Sarah’s since I was a little kid watching her as the villainous Ursa in Superman and Superman II, and then following her career over the years, so this is a particular thrill for me and the entire team.”

St John created the role specifically with Douglas in mind to voice the character, “so when she said yes, we were so excited.”

“This is just what we all need,” Douglas added. “A positive and uplifting story for all ages with empowering messages and exciting adventures and an opportunity for kids and parents alike to discuss, digest, laugh and question but most of all enjoy!”

The first episode of The Egyptian Curse is available now, with new episodes rolled out weekly and distributed exclusively via Pinna’s streaming subscription service. The premiere episode is also available at Wonkybot.com, along with an official video trailer.

Pinna is available to stream on all iOS and Android devices including tablets and smartphones, as well as on the web. After a 30-day free trial, subscriptions are available for $7.99 per month or $79.99 for an annual plan. Visit  www.pinna.fm  for more details.

Tara Tremendous: The Secret Diaries, which hit the #1 spot in the kids & family genre when it originally premiered on Apple Podcasts, is an engaging, character-driven, musically-infused audio series that follows the adventures of Tara Callahan, a bubbly, brave and headstrong girl who goes from ordinary to extraordinary overnight when she’s accidentally infused with the powers of every superhero in the world. Now this spunky, imaginative, inquisitive, sweet and adventurous girl can summon any power she wants, but first she’ll need to learn how to use them!

So far the hit serial podcast has been adapted into a live stage musical concert and performed in New York City featuring Monkees star Micky Dolenz, Annie Golden (Orange Is The New Black), MiMi Ryder (Matilda The Musical) and a host of Broadway stars. It’s also been workshopped at theaters starring Eve Plumb (The Brady Bunch) and Maxwell Caulfield (Grease 2), and St John has recently finished writing a live-action musical feature film based on the character.