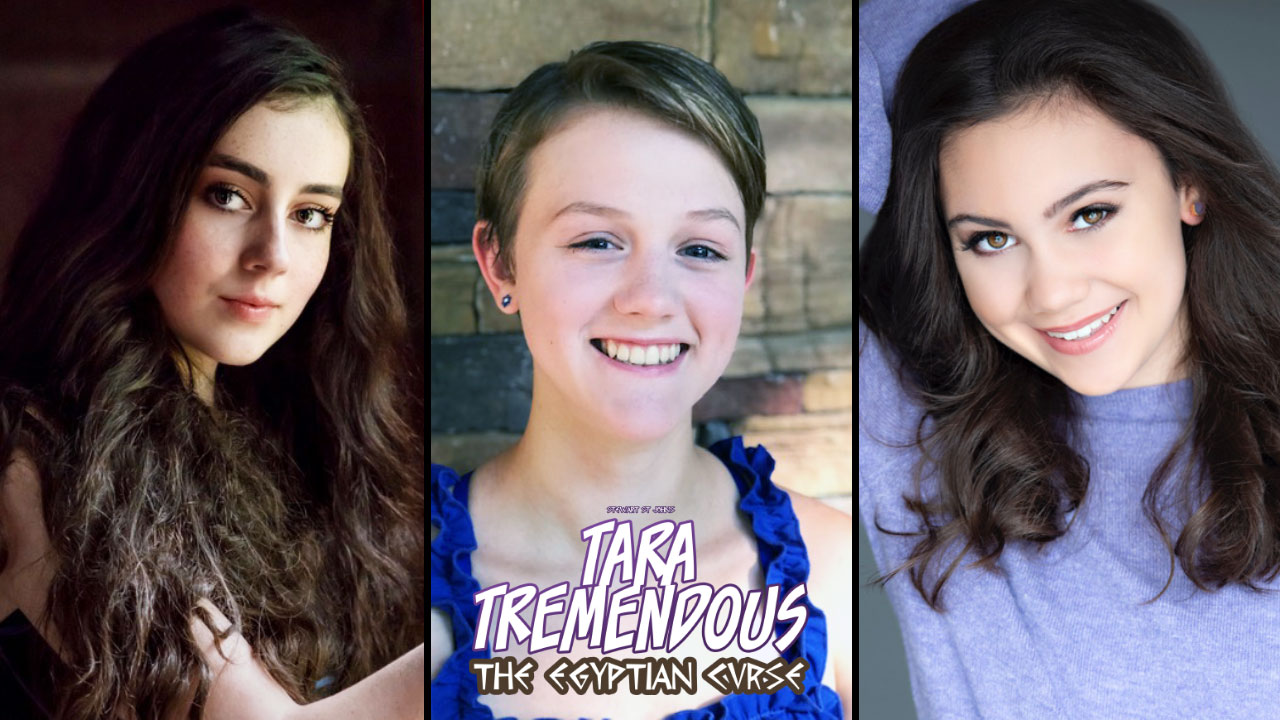 And Anna Bella Foster plays Priscilla’s bestie Felicity (aka ‘Multiply’), a snarky girl who can split herself into an unlimited number of selves.

Produced by St John, Todd Fisher and Michael Plahuta through their Wonkybot prodco, Tara Tremendous: The Egyptian Curse is a serialized, highly produced, full-cast audio drama chronicling the adventures of the world’s most powerful girl.

“We’re so excited to welcome Allie Jordan, Maddie and Anna Bella to the cast of this brand new chapter,” said St John. “They’re all incredibly talented, focused and inspiring young ladies who are passionate about their craft and love what they do.”

“I’m so excited to be part of the Tara Tremendous series,” added Allie Jordan Butcher. “It’s an awesome series and everyone involved is just really into it. We all love what Tara stands for. And the fact that I get to play her frenemy in this new adventure is a ton of fun!” Butcher, an actress, singer and dancer, has performed at Feinstein’s/54 Below in New York City and participated in the music video “Broadway Kids Against Bullying.” She has also performed at Dollywood in Pigeon Forge, Tennessee, as well as Jenny Wiley Theater in Kentucky.

“What a thrill to be part of such an empowering, positive and fun show,” said Anna Bella Foster. “I think the message behind Tara Tremendous — that real strength isn’t just about having super powers, it’s about what you have in your heart — is so cool.” Foster, who is from Birmingham, Alabama, was recently seen as Baby June in Gypsy, Sophie in School of Rock, and Tessie in Annie. Her performance as Mary Lennox in The Secret Garden earned her rave reviews, and she recently made her film debut in the movie Union. BroadwayWorld named her 2016’s Best Local Actress in a Musical.

Centered around a feisty, headstrong and socially conscious tween named Tara Callahan whose life is forever changed after becoming imbued with the powers of every superhero in the world (superheroes existing in St John’s ‘Tremendous-Verse’), the series — which shot to #1 in the Kids & Family category on Apple Podcasts when it originally launched — features an ongoing storyline, captivating sound design and original songs and score composed by St John and musical partner Michael Plahuta. (Season 1 & 2 can be listened to for free on Wonkybot.com and is also available on Apple Podcasts, Spotify and Google Podcasts. Season 3 can be heard by visiting Pinna.fm).

“Wonkybot’s mission is to deliver exiting stories with positive themes for kids and families,” said producer Todd Fisher. “Tara Tremendous is an exciting adventure story filled with positive themes about tolerance, believing in yourself and the power of family and friendship.”